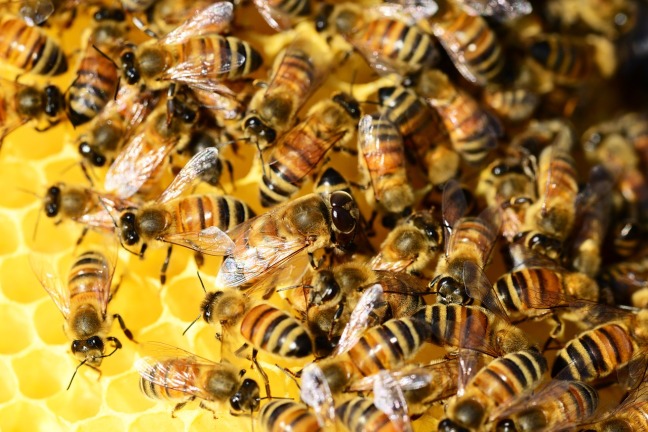 ‘Summer hummer
you buzz in the fuzz of the flower.’

Bees squeeze
into delicate depths
collecting nectar.
They shake their pollen decked rears
in the tiers of tossing blossom
and tenderly touch
bright trumpets of silk.

Zuzz to your hive.
Hoard and pour
in your hexagon store,
your amber decanter
the exquisite elixir,
of healing
gold.

Margaret Gallop: I enjoy finding the words to write about the world of nature.

Margaret is a member of Didcot Writers, and her work has been Reader’s Choice three times before: click through to read ‘April Wayside Blues‘, ‘Sour Harvest’, ‘Permission’, and ‘Mariella and the Singing Flute’. This last piece was also published in our print anthology, Compositions, which can be purchased here.

The talented word craft in this poem stood out to me. It presented extremely visual elements with a grace that seemed effortless.

“The Daily Buzz” was almost ready to put to bed. The editorial column had been completed and laid to rest under its usual byline “The Drone” and the recently breaking news story about an outbreak of hives had been quickly dealt with. Roger Honeypot sat back in his reclining chair satisfied with a job well done and confident that printing could commence so that the newspaper would be ready for distribution early the following morning.

The peace was disturbed by the sound of the telephone and Roger answered the call. It was Charlie Wasp who had been conducting a sting operation, trying to trap some dealers in illegal substances by buying products from them whilst recording the conversation. The codename for the investigation was “Sticky Pollen”. He was reporting a breakthrough and wondered if there was still time to submit an article for the next day’s edition. Roger informed him that the deadline had just passed but that he should submit a full report the next morning.

Roger pressed the buzzer on his desk and his secretary, Honeysuckle, entered, she of the wasp-like waistline. He updated her on the Sticky Pollen breakthrough and asked her to ensure that she was in early the next day. She exited the office, humming to herself as was her custom. She had a reputation for being a busy bee and realized that the next day would be no exception.

She arrived early the following morning and quickly became aware that “pollen” was the buzzword that was being repeated by the many workers who dashed back and forth along the honeycomb of corridors. Charlie Wasp’s story had arrived and was being edited and prepared for publication. Roger was droning on about how they had secured a scoop and that their rival publication, “The Daily Hornet” would be very envious. He had reported the crime to the local police station as he did not want to be found guilty of withholding information from them when they read the story in the newspaper.

Preparation of the article was well under way when Charlie Wasp flew in. He was in a distraught state and reported that it was he who had been stung! The supposedly illegal substance had been analyzed and been found to be melted beeswax. Roger was not pleased and was at a loss what to do. Honeysuckle calmly informed Roger that she would immediately advise the police that their information had been incorrect and that no crime had taken place. It did occur to her that it might have been ”The Daily Hornet” who had arranged the sting, but she did not feel it prudent to voice her suspicions in case she was wrong. She then suggested to Roger that as they could no longer run the article as intended, since beeswax was not an illegal substance, they could instead use a feature that they had put aside for an emergency such as the one they now faced, an article about the Queen!

A clever use of words that thoroughly milked the theme. This story made me smile more that once with its sheer creativity. 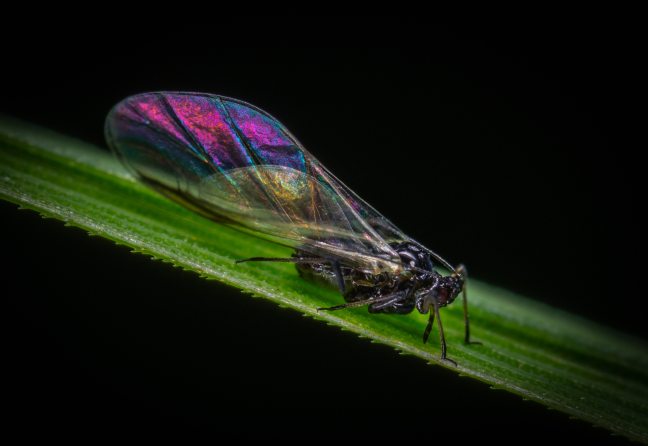 Every relationship has an anthem: a ballad, noise, or discordant clamor that represents their partnership. For Devony and Ian, it’s cicada songs.

They met when Devony’s mom enrolled her in the neighborhood swim team. “It’ll be a good way to meet other kids.” She didn’t understand how uncomfortable that could be for a soon-to-be sixth grader in a new city.

Devony walked through the pool’s iron gate with her towel wrapped snuggly around her. Other kids sat on theirs, talking and playing hand games. But nobody invited Devony to sit near them, so she found an empty stretch of concrete near the fence and hid under her towel’s turquoise threads.

Trees grew on the other side of the fence, their branches filled with buzzing insects. Their song was a welcome distraction until a boy with rusty hair ambled over. Then the insect calls rose into an excited crescendo.

“I do this every summer, and I’ve never seen you before.” The boy crouched down next to her and lowered his voice. “Can I teach you a trick?”

Devony matched his covert volume. “What is it?”

The boy’s eyes darted to the coaches. “You’re not allowed to get in the pool without permission, but you get in less trouble if you bump into someone and ‘accidentally’ push them in.”

“Are you asking me to push you in?”

Devony smiled and let her towel slide to the ground.

Her swim-team friendship with Ian spread to their houses, where they hung out afterwards to watch cartoons. It continued through the awkward years of middle and early high school.

Then, the summer after their sophomore year, they stood in a grassy field outside a firework stand. Smoke drifted in the twilight as they took turns setting off bottle rockets. When Devony handed the lighter to Ian, their fingers brushed and both of them froze.

Fireworks still popped and sizzled. Cicadas buzzed during the lulls between. But time seemed to stop as their worlds shifted and realigned.

“Do you know how, in cartoons, fireworks always go off when people kiss?” Ian asked.

“I think it’s supposed to be metaphorical.”

“Want to try it anyway?”

Ian’s shirt smelled like gunpowder as Devony wrapped her arms around him. The crackle of embers overhead sounded like applause. In the trees at the edge of the field, the cicadas roared louder than ever.

Devony and Ian dated through the rest of high school. They applied to the same university. When they got in, they rented an apartment together.

Senior year brought with it a new tension, a feeling of impending change as the adult world loomed before them. It was early autumn when Ian stuck his hands in his pockets and said: “Can we take a walk?”

Devony’s heart skipped a beat, imagining what their next step might be, until she saw the dead cicada lying on the sidewalk.

This story of a tender but ultimately doomed relationship underscores the impact of sounds on our experiences, as well as how they shape our memories. A well-rounded tale of love and loss with sharp characterisations.

Our September competition, themed ‘buzz’ (do you remember how the wasps got about in the summer?) was Kevin Neill.

A retired public health officer and former military, my own writing experience includes a new novel that I’m putting the finishing touches on, as well as a number of short stories and flash fiction. And we cannot forget the first novel that I literally put a match to. Most of my stories center on the Middle East where I was a military peacekeeper, and in the UK, where I lived for quite some time in Sheffield and North Devon. I’m delighted to be a part of this writing community.

Thanks to Kevin for his efficient reading of all the entries. You can read what Kevin thought of each of his chosen winners as the pieces are published on Mondays and Fridays.

If you’d like to be Reader in another month, get in touch at didcotwriters@gmail.com and tell us a bit about yourself. 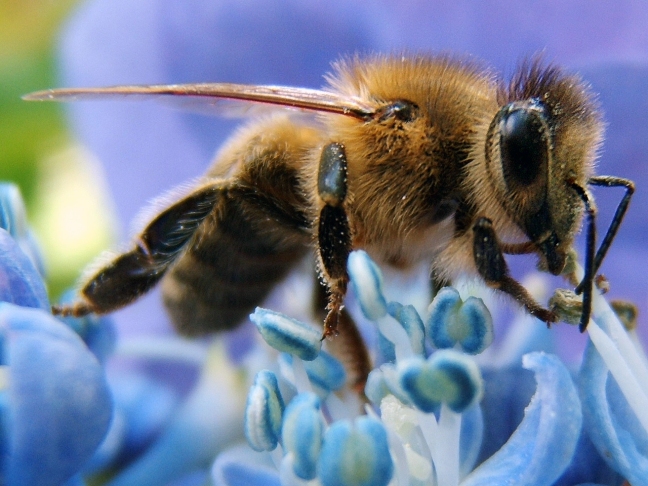 The winning pieces will be published online at didcotwriters.wordpress.com over the coming weeks on Mondays and Fridays, alongside the author bios and the Reader’s reasons for each choice. Follow the site (enter your email in the box in the bottom right hand corner) to receive them straight to your inbox as they are published.

Congratulations to all our winners, and thank you to everyone who sent in work, and to our Reader for their time – we love seeing how you interpret the theme each month. I’ll be back in touch in December to announce the new theme and the winners of ‘shiver’.